Smartphones are great for happy snaps and selfies — not bad for texting and talking to people either, if you must – but their capabilities as cameras have hardly been tapped by the vast majority of us who have one.

‘The best camera is the one you have with you’ is the motto of the Foto Ruta photography school, which has just introduced street iPhoneography tours and workshops to the UK.

While phones may not have all the fancy lenses and add-ons of a super-expensive set-up they are far less cumbersome and are built to allow us to edit and share our magic moments with the world almost immediately.

‘It depends on what you want to take pictures of but smartphone camera technology is improving all the time, and is good enough to replace your point and shoot, says Foto Ruta co-owner Becky Hayes.

‘They are also discreet and less intimidating, enabling you to take great portraits and candid street shots. They also allow you to play, as cameras and editing tools in one, so you can add filters and share the images in an instant.

Foto Ruta has schools in Buenos Aires, Barcelona and Santiago, cities rich in pop-culture and vibrant street art – one of the reasons, Hayes says, they’ve come to London.

If you’re still to be convinced by the smartness of smartphone photography, see the images below – all have been taken on a phone while Hayes has revealed the secrets behind how they were created, so you can do it too! 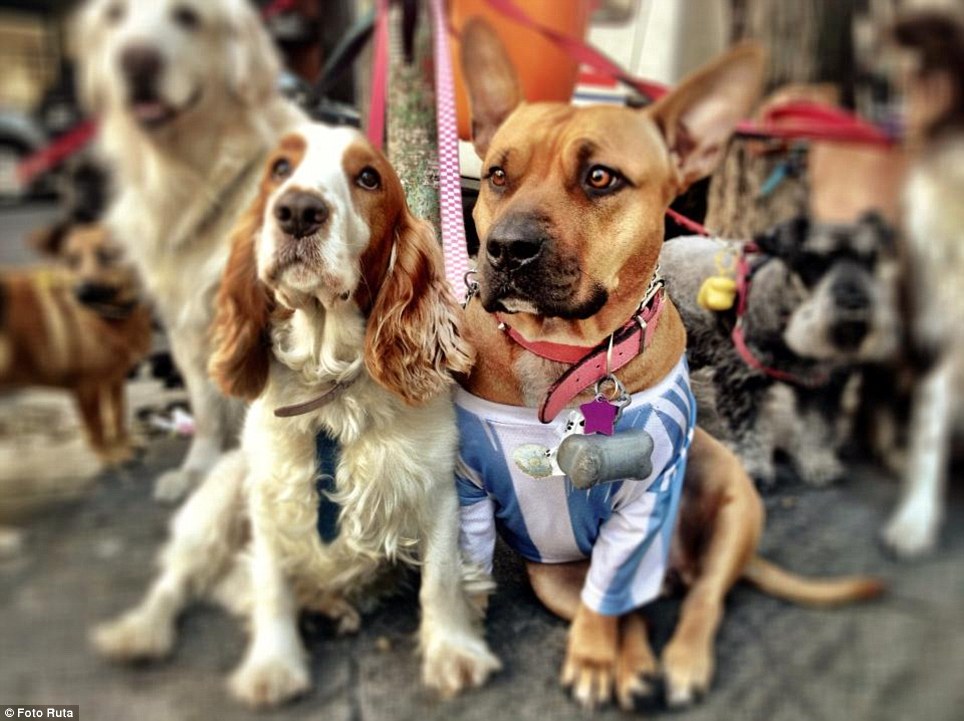 Puppies on parade: Think about viewpoint. Don’t just shoot from where you’re standing, get down on the ground and shoot low, or get high and shoot from above. This photo captures the dogs’ eye view of some of the Argentina football team’s canine fans… HOW IT WAS TAKEN: Camera+ app, using the Miniaturise effect. 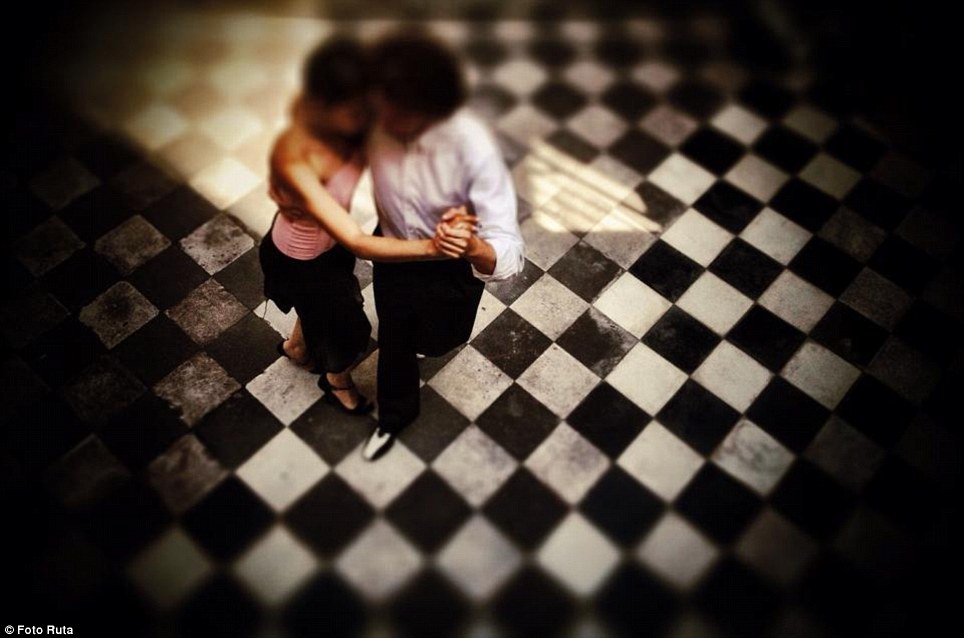 Tango love: The beauty of camera phones is that they are with you 24/7, so you’ll never miss a beautiful moment like this. A tango dancing couple viewed as from above or a cliched checkered floor… HOW IT WAS TAKEN: The Snapseed app adds vignette with a touch of depth of field to create a mood of mystery. 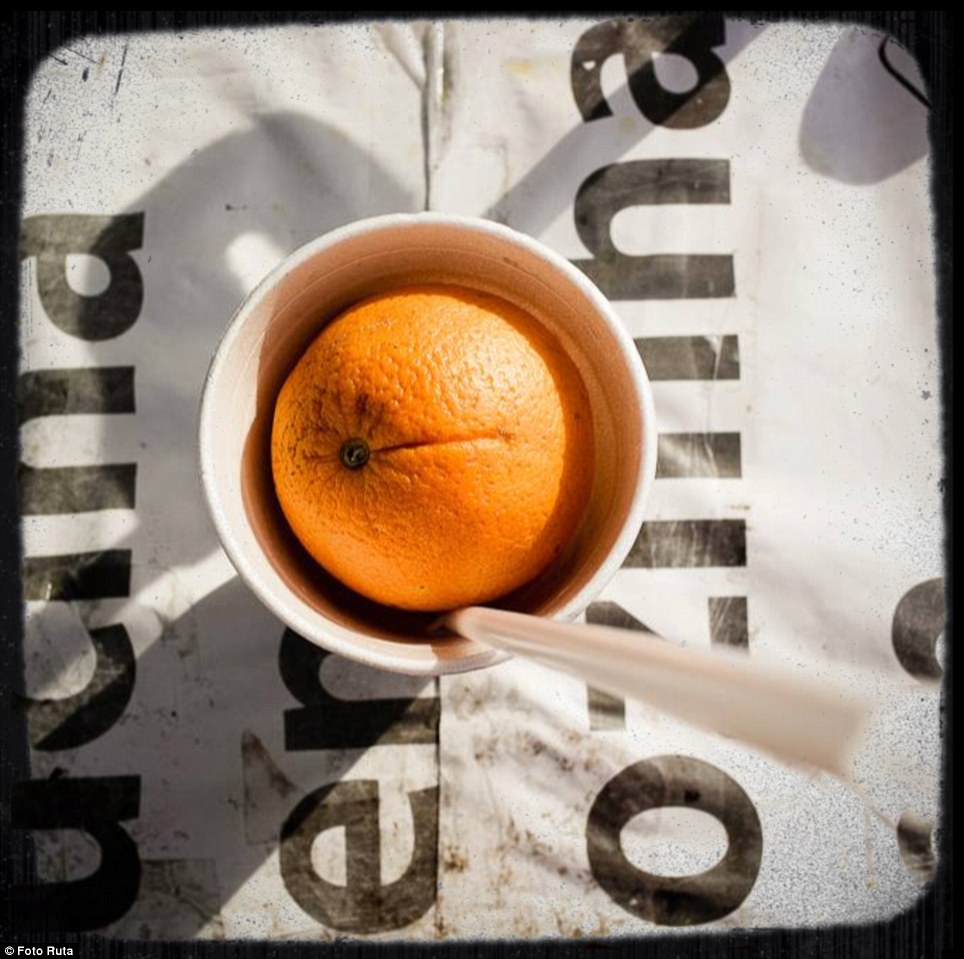 Foodie heaven: The hashtag #foodporn is one of the top trenders for a reason – people love taking photos of their food. Smartphones allow you to get close and creative. Think about backgrounds and don’t be afraid to move your food and plates around. Th black and white backdrop here adds contrast to the subject, in this case the orange… HOW IT WAS TAKEN: Using Camera+ with contrast filters and the viewfinder frame for a retro look. 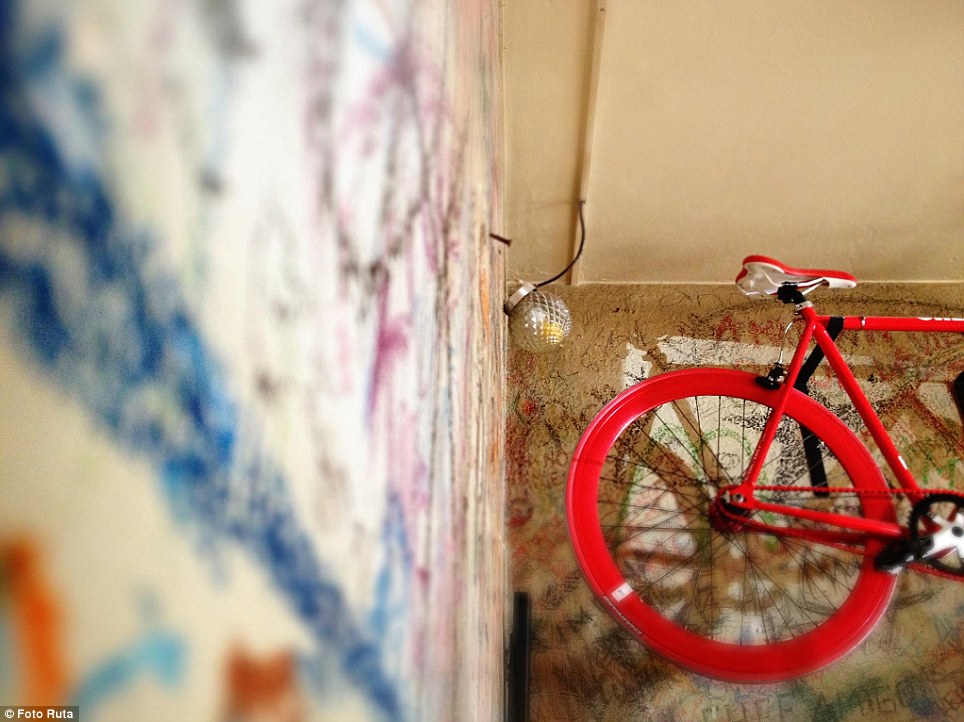 Pop-art wheelie: This image takes advantage of the colourful subject matter, the bright red bike, and uses the walls to split the photo into three – this means the bike is framed as the focus point… HOW IT WAS TAKEN: Camera+, using the tint tool to enhance the colour. 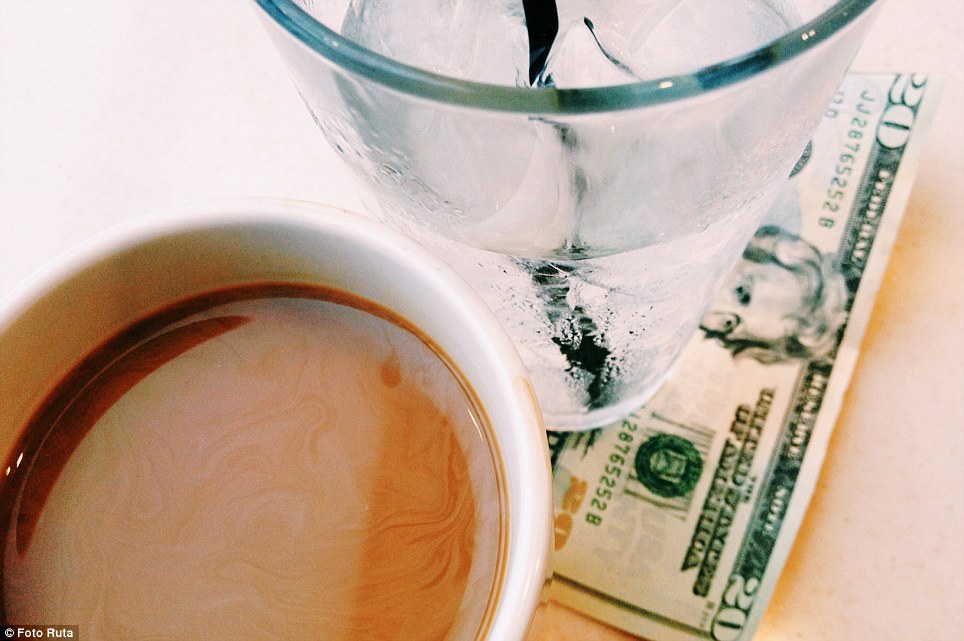 Morning coffee: We always tell people they need to get close, because phones are great at focusing on detail. Avoid using a zoom (which reduces quality) and move your body to get close. HOW IT WAS TAKEN: VSCO Cam focuses on the detail in the coffee cup and condensation on the glass using the in-camera focus tool. The contrast is then increased to enhance detail. 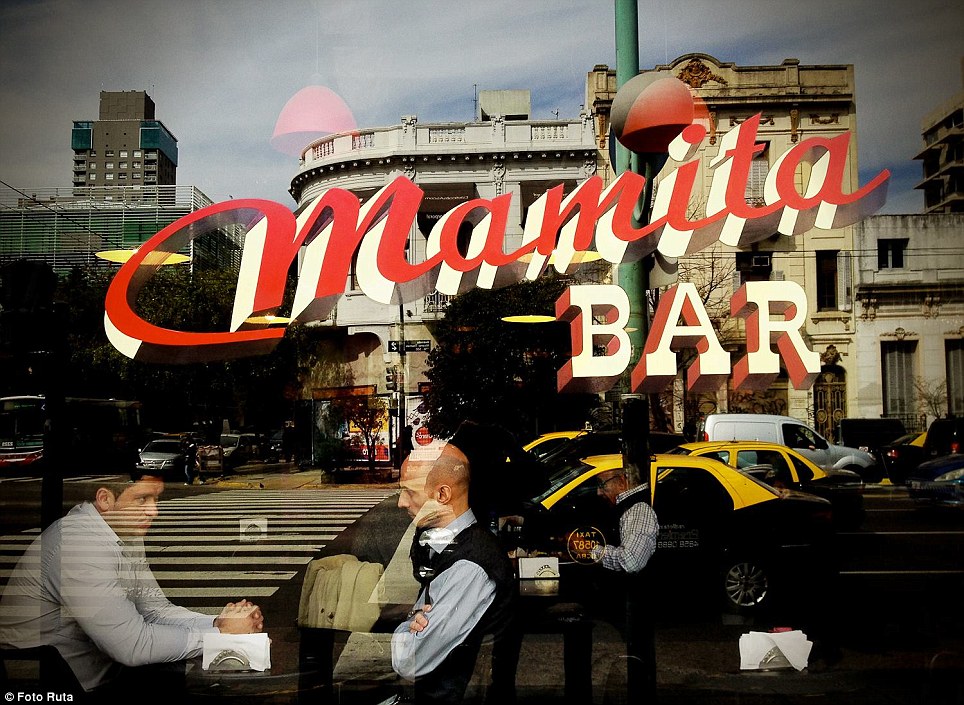 Bar reflections: We always encourage using reflections in iPhoneography, whether it’s a puddle on a rainy day or a shop window, reflections add another dimension and juxtaposition to images… HOW IT WAS TAKEN: Camera+ captures two scenes in one. A busy Buenos Aires road juxtaposed with people enjoying a relaxing coffee. Also uses Camera+ overlay filter and sharpening tool. 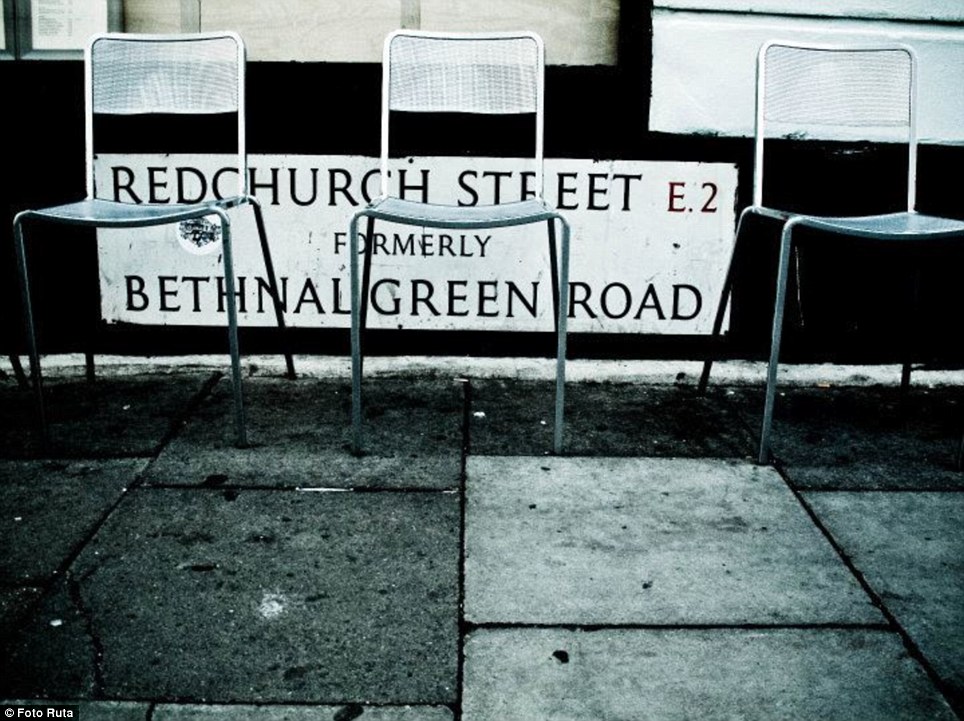 East London flashback: Creating a mood is key with phone photography. Playing with filters can add texture and mood and can transport an image to another time and era. Think about what mood you’re trying to create and seek out your subject matter… HOW IT WAS TAKEN: Samsung Galaxy camera with the Aviary app. 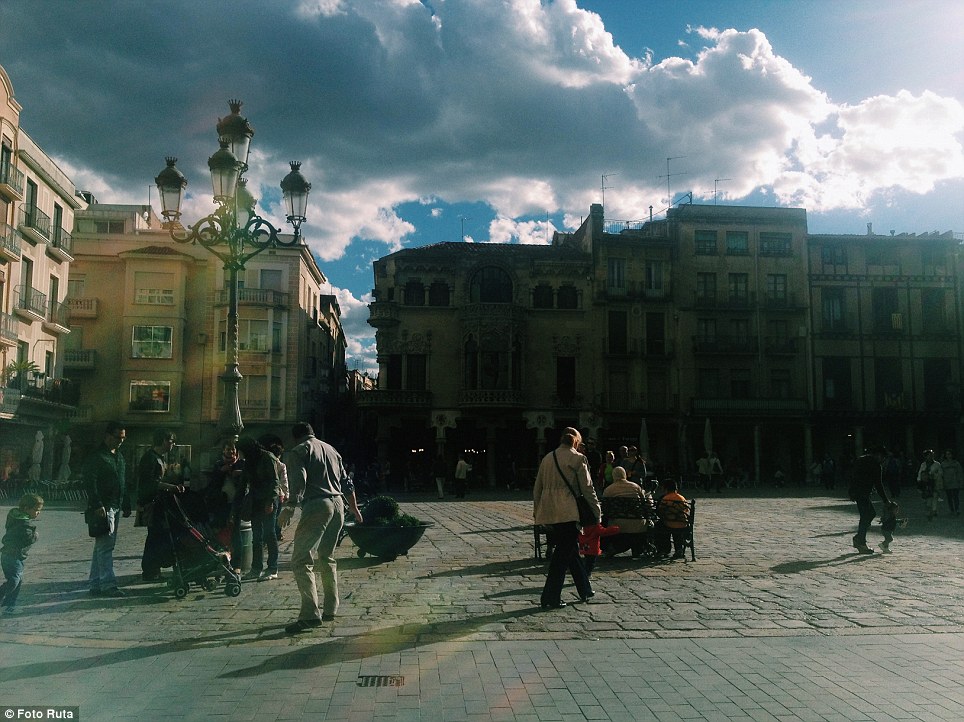 Shadows and light: Use of light is incredibly important in smartphone photography. Here the photographer has shot into the light (at ‘golden hour’ when the shadows are long), creating lens flare and enhancing the mood of a busy Barcelona square… HOW IT WAS TAKEN: VSCO Cam app, edited with VSCO filters to add fade and a retro hue. 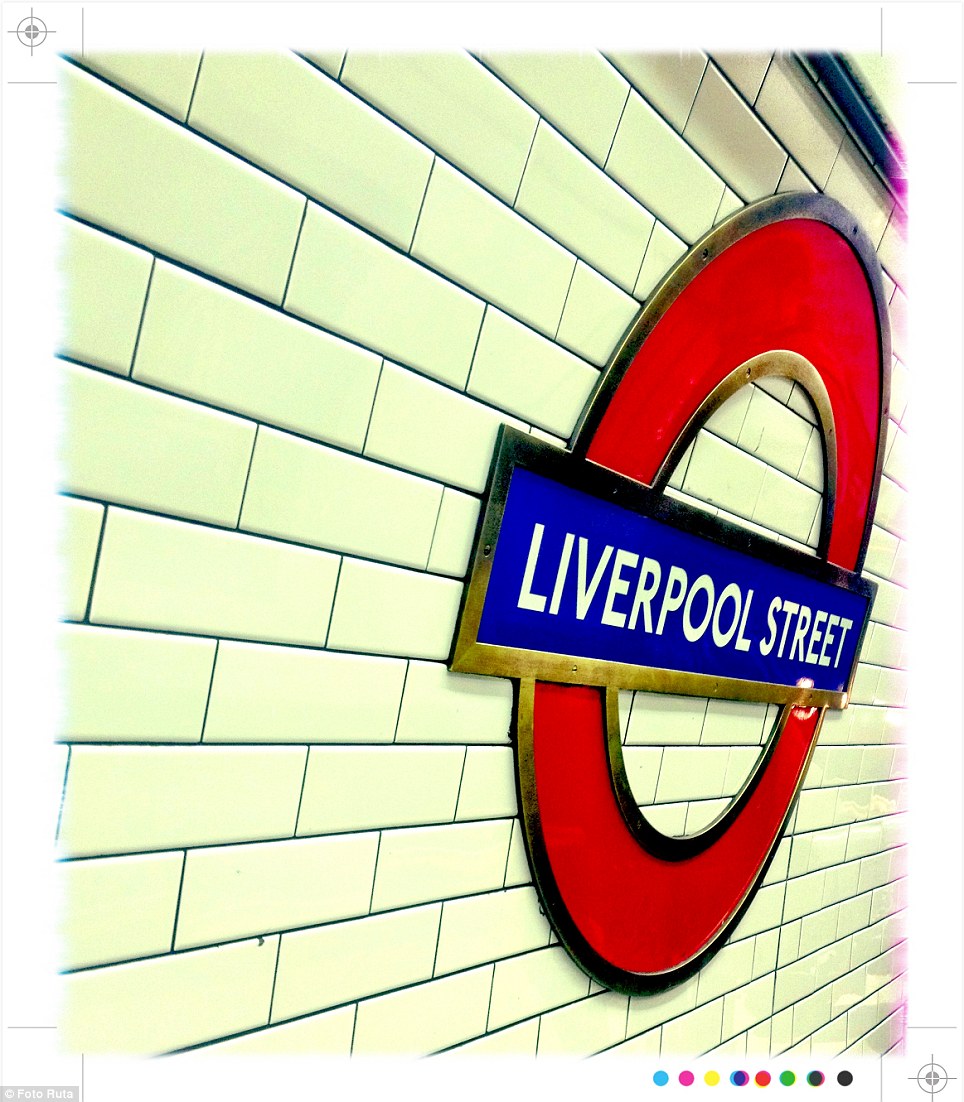 Tube view: Graphic and colourful images such as this are a major strength for the iPhone. This captures a sense of place, using perspective to turn a recognisable London icon into something a bit more interesting… HOW IT WAS TAKEN: Camera+, using the offset style to frame the photo. 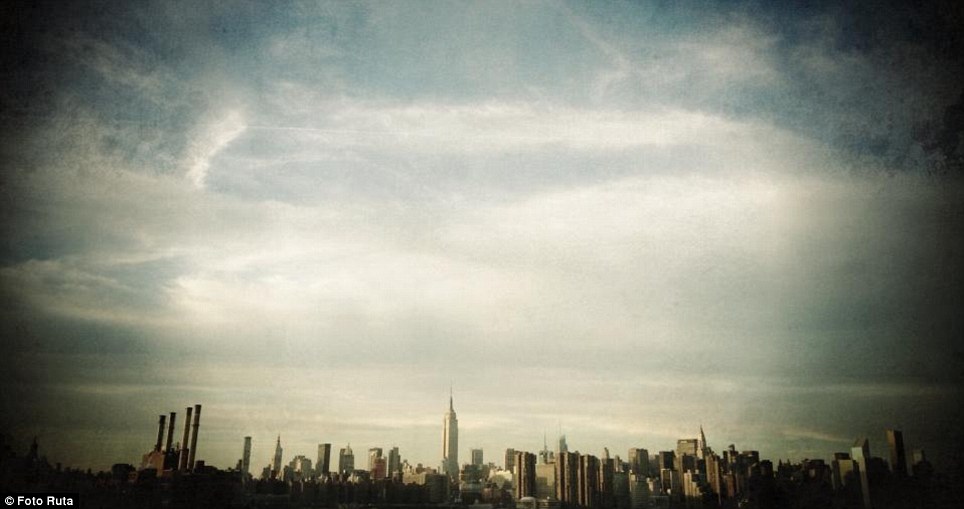 Bigger than The Apple: We always repeat the ‘Less is more’ mantra. Don’t fill the viewfinder with things. Try to incorporate negative space and blank spaces. Everyone’s seen a million and one images of the New York City skyline but this offers a different take – the fraught and familiar cityscape and a feeling of calm from the pale sky and clouds. HOW IT WAS TAKEN: Snapseed App filters and vignette. 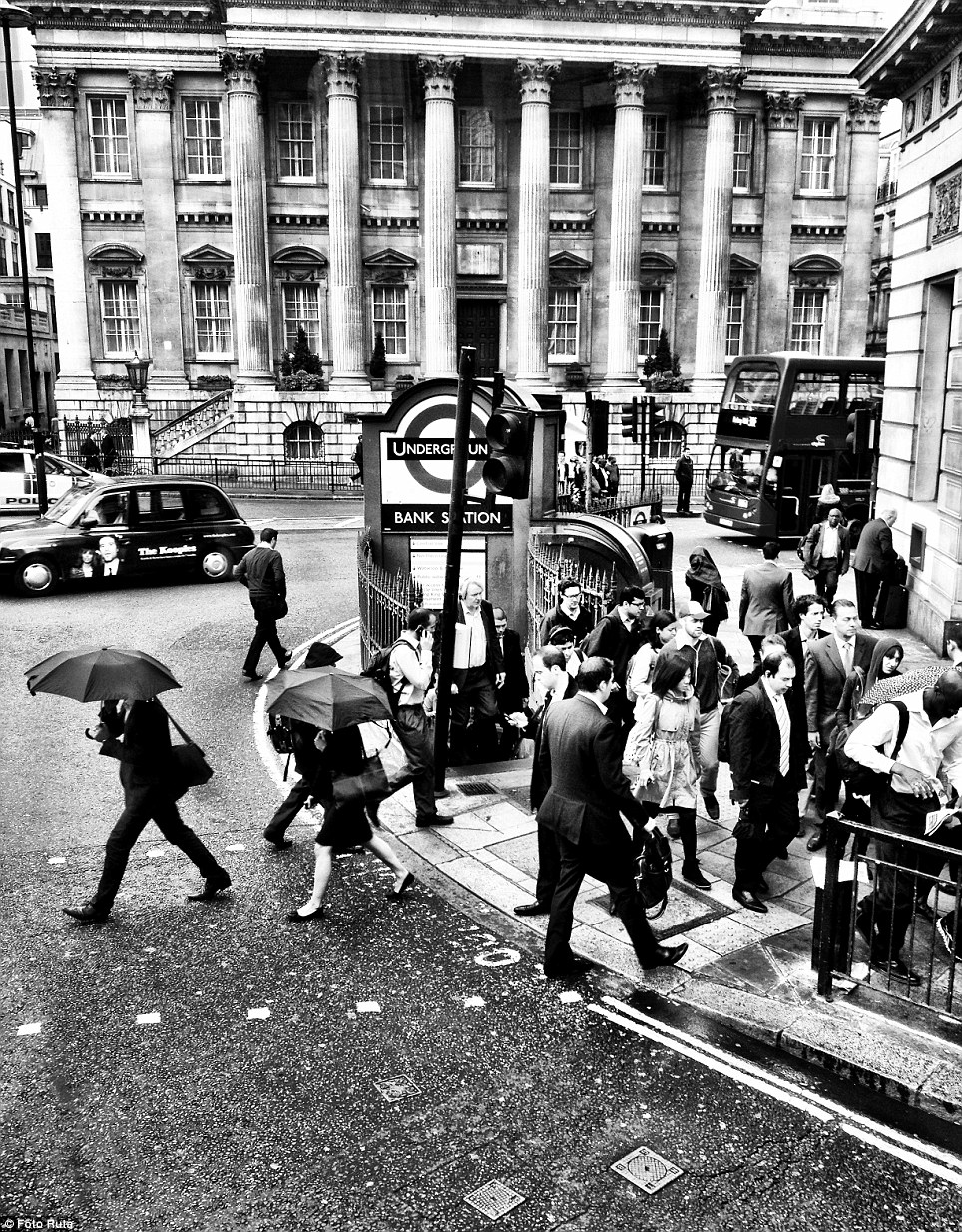 Rush hour: One of the great things about iPhoneography is the ability to play around with colour and filter settings. Making a photo black and white can totally transform it. Captured through a bus window, this photo beautifully reflects the craziness of rush hour in London. HOW IT WAS TAKEN: Camera+ app, using the Ansel black and white filter to add drama to a rainy Monday morning scene.

Klaypel to Give Away P500K to commemorate its 17th year

LIVE EXQUISITELY AT THE MOST GLAMOUROUS DESTINATIONS WITH ST. REGIS HOTELS AND RESORTS ACROSS...

WEMADE Signs MoU With Blockdaemon To Support The Growth And Development Of WEMIX 3.0...

Klaypel to Give Away P500K to commemorate its 17th year